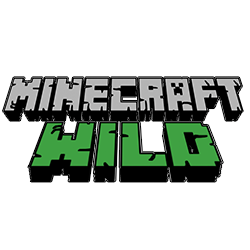 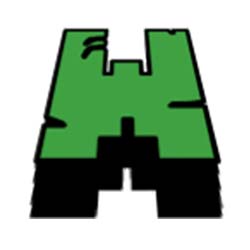 How To Join Hypixel with Cracked Account in Minecraft! This is a perfect Minecraft Tutorial on How To Join Hypixel with Cracked Account in Minecraft! If you would like to play on this Minecraft server, then you will have to trust me and follow all of my steps. In my own opinion, is Hypixel one of the biggest and best servers for Minecraft out there. It is best known as a minigame server, you can find lots of different minigames in there. However, it’s meant for everybody, only people that bought the game can play there, but don’t worry I will show you another way.

Many popular creators play there, such as Technoblade or Dream. You can meet them there and maybe play with them. Of course, there’s not a big chance, but there still is! The Hypixel server was created in April 2013, that’s a pretty long time, right? It originally started out as a Youtube channel that were doing videos on various Adventure Maps for Minecraft.

As I said above Hypixel is one of the biggest online servers and also the most popular one. Yes, it’s even bigger than Mineplex or Hive server! It gained popularity thanks to YouTube and Twitch creators who decided to play there and make content from this server. Almost every Minecraft player wants to play there and have fun.

It has been considered the biggest Minecraft server since 2019. Like I said earlier, this is mainly a minigames server, you won’t find survival or skyblock in there. If you want to play there and you do not own the game, then keep reading my tutorial on this, I will help you with everything. You can also find my video on my YouTube channel called Minecraft Sketch Bros. Give it a chance and take a look at it.

What can Hypixel offer?

This server currently has over 20 different minigames, and around six different maps in each game. In addition, there are minigames like SkyWars, BedWars, Mega Walls or even Build battle. You won’t wait too long because there are too many players who want to play. So there’s not a problem to click on play and start in 5 seconds. Hypixel server can also offer different things like cosmetics, chatting or levels. You can compete on its leaderboards and become the number one player! The official IP address is mc.hypixel.net but you can find some others too. If you don’t have Minecraft and would like to download some, check out my article on How To Download Minecraft for Free.

How To Join Hypixel with Cracked Account in Minecraft?

Well, like I said, it’s not that easy. Oh yes, it’s easy for people that have Original Minecraft Account. Before I begin, I just want to tell you that something. Hypixel exists also for Minecraft Pocket Edition and Bedrock Edition. So if you don’t have Java Edition, then don’t hesitate and you can play there as well. Hypixel is an online server, you can only join if you are connected to internet and via Minecraft Client. Just a quick reminder, there’s not the same IP for the Pocket and Bedrock Edition. We will use a launcher called TLauncher in this tutorial so you can join the server without any problems. If you are unfamiliar with this launcher, you can download it via https://tlauncher.org. Make sure you make an account and then log in to the launcher.

If you don’t do this, then it won’t work for you. You can create a new account on their website as well, if you want then create a new skin and apply it there. Yes, they also offer skins! So after you make the account go to the TLauncher and log in, choose the correct Minecraft Version. You can play with the skin if you choose the version with blue logo. Click play after that and go to Multiplayer. Choose a new server and then put in the hypixel server IP. Hit ok, then double-click on the server. Once you do this, you will be able to join in. If you have any problems, like failed to authenticate your connection. I have a great video on my youtube channel on how to fix this. Hope you enjoyed reading this article about How To Join Hypixel with Cracked Account in Minecraft, leave a comment down below if you want, it was a pleasure!

Tags: How To Join Hypixel with Cracked Account in Minecraft